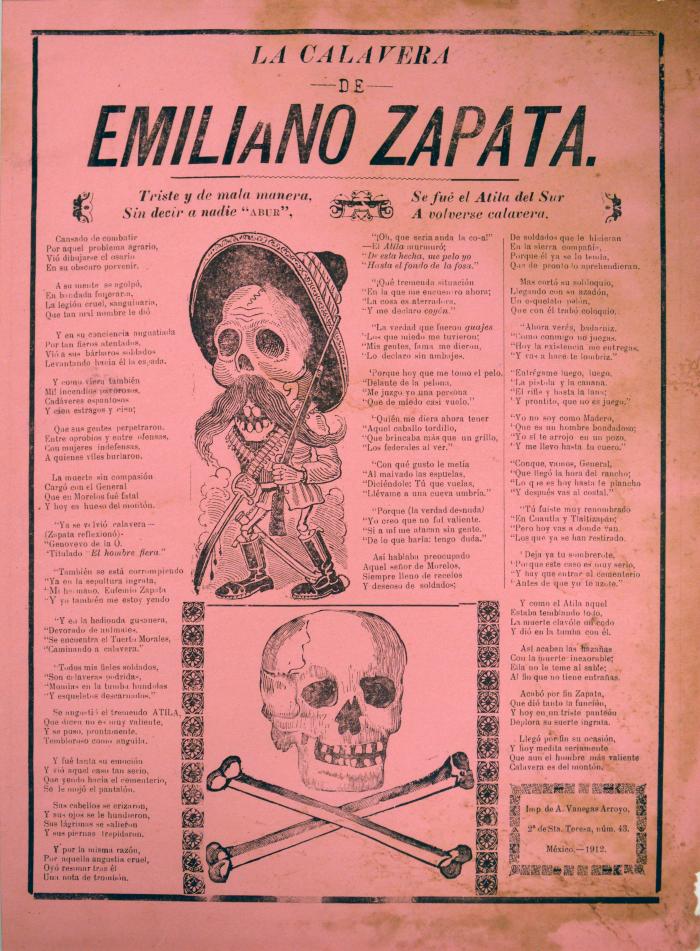 The title, "La Calavera de Emiliano Zapata" means "The Skull of Emiliano Zapata". The image is in black ink and has a full border around the image. The title is at the top of the page and then below there are two columns of short two lined poems. It's then broken into columns, a column of text on the left, then an image of a skeleton with a soldier's uniform on, carrying a gun and sword that's dripping in blood. Below him is a skull and crossbones that takes up two columns. Then two more columns next to the soldier skeleton.

Emiliano Zapata –– He was a military figure, who led a group from Morelos called the Zapatistas. They fought alongside Madero, but when Madero became president he disbanded Zapatistas to be just simple bandits.