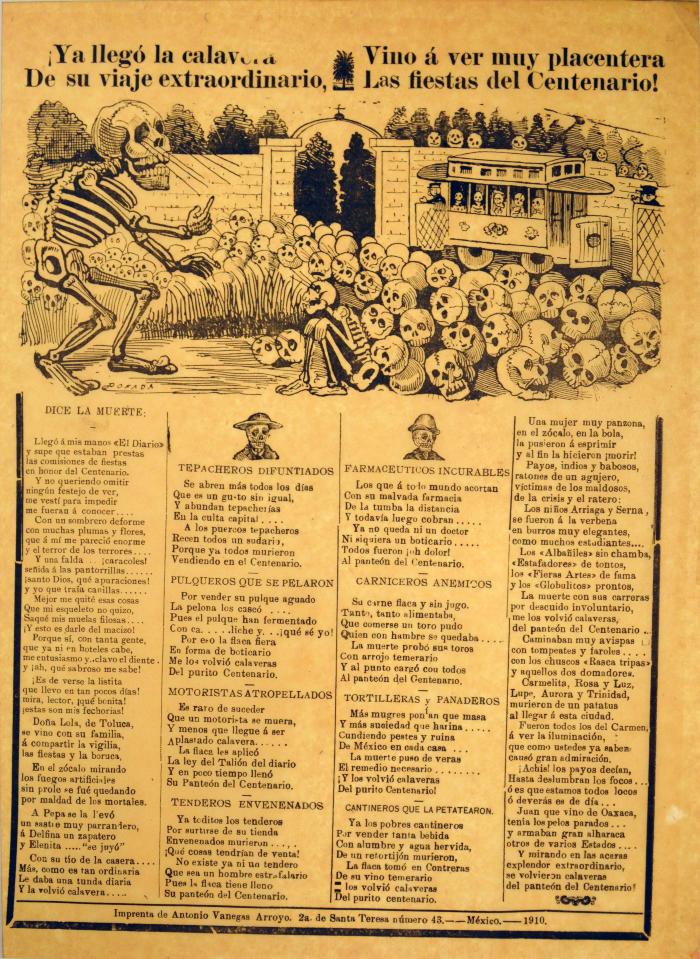 Ya Llegó la Calavera... (The Skeleton Has Arrived...)

Large skeleton looking at a pile of skulls.