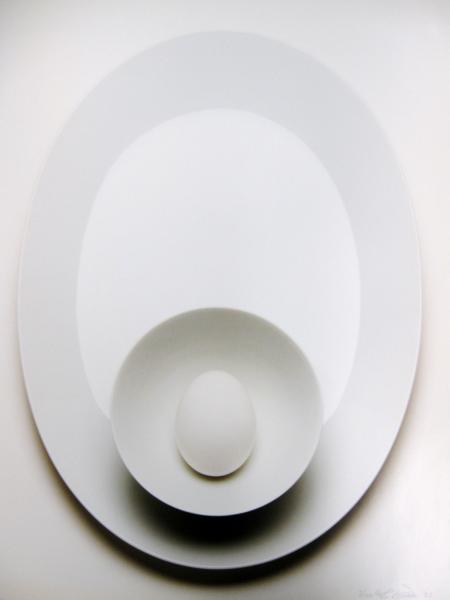 Color image all white and black of two plates stacked; focus on egg in center of smaller plate.