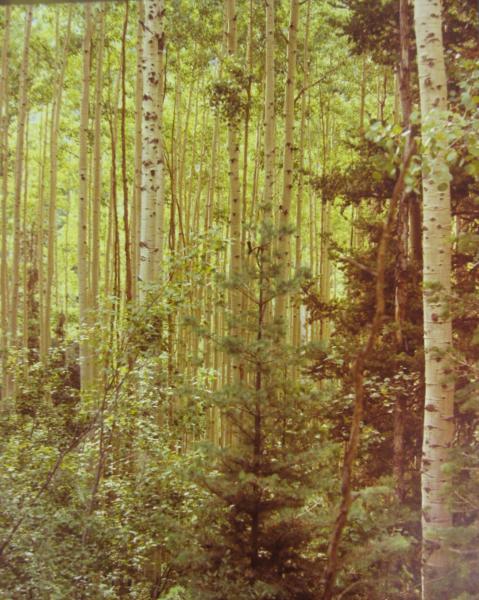 Robert Koropp was born in Chicago, Illinois in 1924. After serving in the army in World War II, he attended Northwestern University in Evanston, Illinois where he received his Bachelor of Science in Chemistry, receiving his Master of Chemistry from the University of California, Los Angeles. Later he studied photography at the Art Center School, also in Los Angeles. He has created multiple bodies of photographic work including works of experimental and micro-photography, land and cityscape, still life and motion images and much more. These photographs were a gift to the university, given by Koropp's daughter, Daryl Fischer.