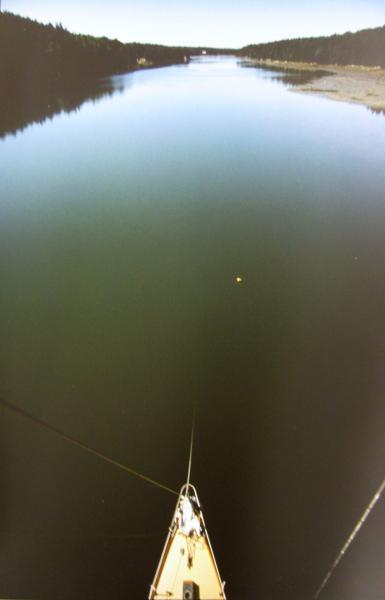 Image of boat hull at bottom edge pointing down river.

Robert Koropp was born in Chicago, Illinois in 1924. After serving in the army in World War II, he attended Northwestern University in Evanston, Illinois where he received his Bachelor of Science in Chemistry and his Master of Chemistry from the University of California, Los Angeles. Later he studied photography at the Art Center School, also in Los Angeles. His artistic career began in commercial advertising, which included work for such prestigious clientele as Kellogg's, First National Bank, Amoco and Mobil.