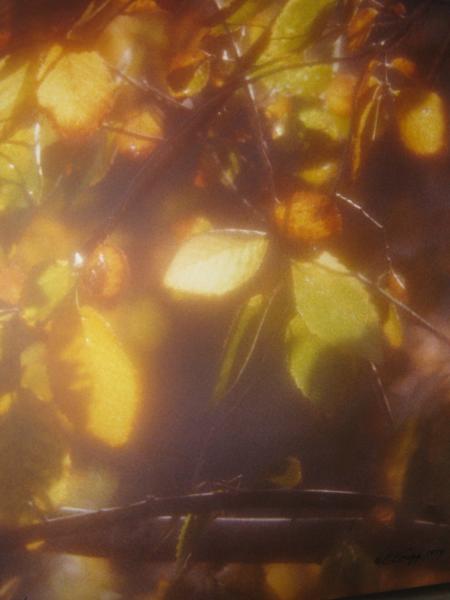 Photograph through a series of branches. The leaves are turning colors and catch light causing them to glow. There is a dark branch that runs along the bottom of the screen.