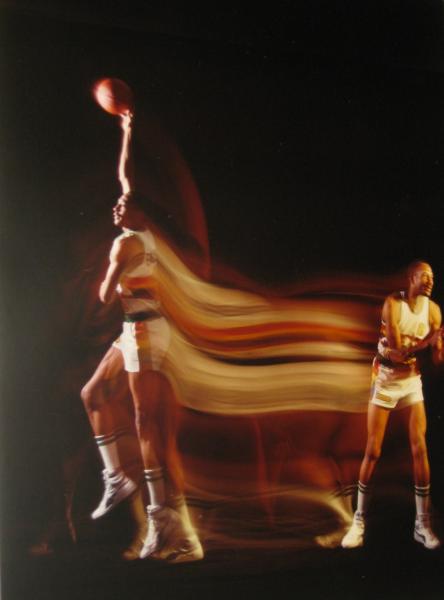 Implied motion photograph of basketball player in white uniform against black background. On the left he is in mid-jump with the basketball held in his outstretched hand. On the right he has his arms held out as if in anticipation of catching the ball.

Robert Koropp was born in Chicago, Illinois in 1924. After serving in the army in World War II, he attended Northwestern University in Evanston, Illinois where he received his Bachelor of Science in Chemistry, receiving his Master of Chemistry from the University of California, Los Angeles.