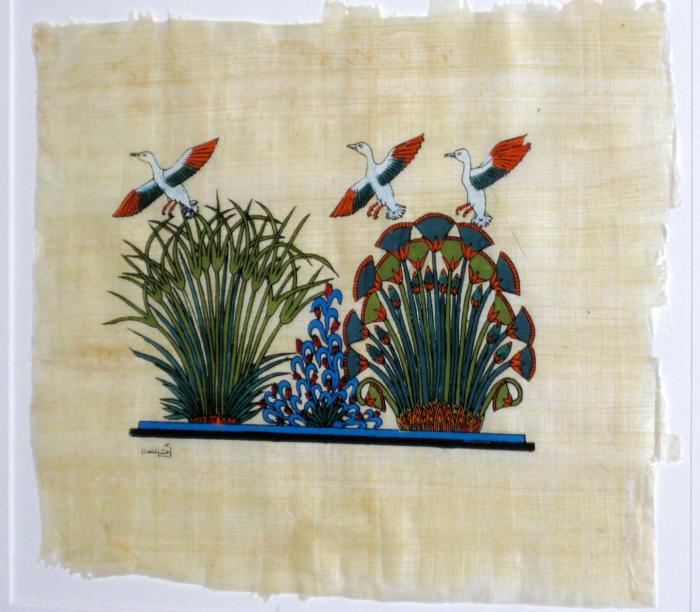 Ducks in a Papyrus Swamp, from Tell el-Amarna

Gift of the "Egypt: Land of Pharaohs and Mysteries Tour" Participants, 2003

Papyrus is a paper-like material produced from the pith of the papyrus plant, which was once abundant in the Sudd of Southern Sudan along with the Nile Delta of Egypt. Ancient Egyptians used this plant as a writing material and for boats, mattresses, mats, rope, sandals, and baskets. The original painting is an exhibit of the Egyptian Museum in Cairo and dates to the New Kingdom (XVIII-XXV), c. 1353-1335 BCE.