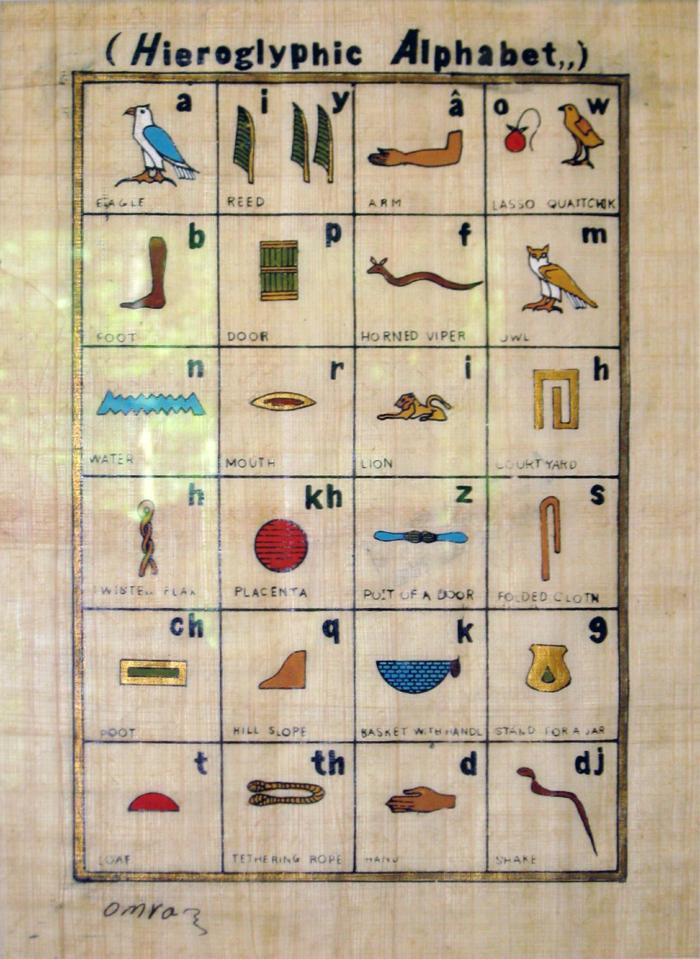 Gift of the Egypt: Land of Pharaohs and Mysteries, Tour Participants, 2003.

Egyptian hieroglyphs was a formal writing system that contained a combination of logographic and alphabetic elements. The word hieroglyphic comes from the Greek adjective 'hieroglyphikos', a compound of words hiero (sacred) and glyph (engrave). The glyphs themselves were called tà hieroglyphikà grámmata, 'the sacred engraved letters'. The real breakthrough in decipherment began with the discovery of the Rosetta Stone by Napoleon's troops in 1799. As the stone presented a hieroglyphic and a hieratic version of the same text in parallel with a Greek translation. Jean-François made the complete decipherment by the 1820s and stated, "it is a complex system, writing figurative, symbolic, and phonetic all at once, in the same text, the same phrase, I would almost say in the same word."