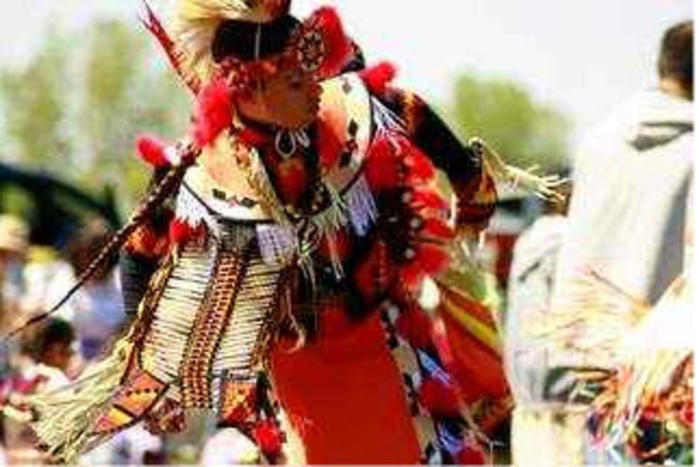 Photograph of a figure in a ceremonial outfit. There are feathers in the headdress and the bottom half is red. The figure is looking to the right.