"Mortimer Luddington Menpes was born in Port Adelaide, South Australia on February 22, 1855, the second son of property developer James Menpes, who with his wife, Ann, had settled in Australia in 1839.Educated at Adelaide Educational Institution, he attended classes at the Adelaide School of Design, and did some excellent work as a photo-colourist, but his formal art training began at the School of Art in London in 1878, after his family had moved back to England in 1875. Edward Poynter was a fellow student at the school. Menpes first exhibited at the Royal Academy in 1880, and, over the following 20 years, 35 of his paintings and etchings were shown at the Academy. Menpes set off on a sketching tour of Brittany in 1880, during which he met James McNeill Whistler. He became Whistler's pupil, and at one stage shared a flat with him at Cheyne Walk on the Chelsea Embankment in London. He was taught etching by Whistler, whose influence, together with that of Japanese design, is evident in his later work. Menpes became a major figure in the etching revival , producing more than seven hundred different etchings and drypoints , which he usually printed himself. As early as 1880, a selection of ten of his drypoint portraits, donated to the British Museum by Charles A. Howell, brought him critical acclaim. In 1875, Menpes married fellow Australian Rosa Mary Grosse (d. 23 Aug 1936) in London. They had a son, Mortimer James (b. 1879) and two daughters, Rose Maud Goodwin and Dorothy Whistler. A visit to Japan in 1887 led to his first one-man exhibition at Dowdeswell's Gallery in London. Menpes moved into a property at 25 Cadogan Gardens, Sloane Square, designed for him by A. H. Mackmurdo in 1888 and decorated it in the Japanese style. Whistler and Menpes quarreled in 1888 over the interior design of the house, which Whistler felt was a brazen copying of his own ideas. The house was sold in 1900, and Menpes moved to Kent. In 1900, after the outbreak of the Boer War, Menpes was sent to South Africa as a war artist for the weekly illustrated magazine Black and White. After the end of the war in 1902 he travelled widely, visiting Burma, Egypt, France, India, Italy, Japan, Kashmir, Mexico, Morocco, and Spain. Many of his illustrations were published in travel books by A & C Black. His book on the Delhi Durbar was an illustrated record of the commemoration in Delhi of the coronation of King Edward VII. For the last 30 years of his life, Menpes retired to Iris Court, Pangbourne, England from where he managed his Purley-on-Thames business, "Menpes Fruit Farms". He built forty large greenhouses in which to grow carnations and eight cottages to accommodate the farm workers. Menpes became a member of the Royal Society of Painter-Etchers and Engravers (RE) in 1881, Royal Society of British Artists (RBA) in 1885, Royal Institute of Painters in Water Colours (RI) in 1897 and Royal Institute of Oil Painters (ROI) in 1899. In 1904 he published his memoir of his time with Whistler, Whistler as I Knew Him. Mortimer Menpes died in Pangebourne on April 1, 1938." 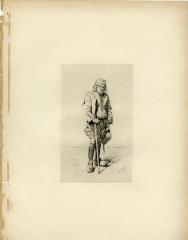