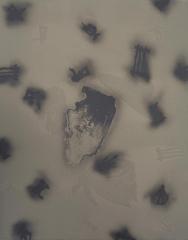 The Old Blue Mayor, She Ain't What She Used To Be