Bruce Burnbaum has a compassion for, and love of, the land that he has carried with him for more than 40 years in his photography. His lifelong fascination with the forces of nature that led him to two degrees in mathematics and physics has carried over into his photography, where he has visually "used" elements of the natural world to express his thoughts about the forces in nature, from the gravitational and electromagnetic forces of the cosmic scale, to the strong and weak forces of the sub-atomic scale. The result is intriguing and often recalls to mind the tumultuous and dynamic forces of the universe, where space and dimension stretch the limits of the human imagination. 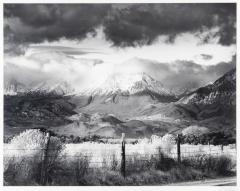